The Center Hydrogen.Bavaria (H2.B) is taking part in a delegation trip surrounding Bavaria’s Minister of Economic Affairs Hubert Aiwanger to Vienna from March 24th to 25th. During several meetings with Austrian politicians and industry, one of the topics will be the cooperation regarding hydrogen.

Economics Minister Hubert Aiwanger stressed the importance of a cooperation between Bavaria and Austria: “Bavaria and Austria are pioneers in hydrogen.” Our states recognized its key function for climate neutrality in industry and mobility early on. Thanks to existing natural gas networks and storage facilities, we have ideal conditions for cross-border cooperation. Thanks to its central location in the European natural gas network, Austria could become a hydrogen hub in the long term. This would also strengthen Bavaria’s position.”

On the sidelines of a Bavarian-Austrian round table on Thursday, it was also announced that the Austrian energy group VERBUND AG had joined the Hydrogen Alliance Bavaria. Economics Minister Aiwanger and Prof. Dr. Peter Wasserscheid, co-chairman of H2.B, personally received the declaration of accession from Verbund CEO Dr. Michael Strugl during their visit to Vienna.

Prof. Wasserscheid welcomes the accession of VERBUND AG: “Verbund not only operates a large number of Bavarian hydropower plants but is also a pioneer in hydrogen technologies and the hydrogen economy. Together, we want to establish hydrogen value chains along the Danube in order to open up further access to cost-effective green hydrogen for Austria and Bavaria.”

Dr. Michael Strugl: “The domestic production of green hydrogen forms an important basis for the transformation of the energy landscape. To be able to adequately cover the medium to long-term expected surge in demand, it is necessary to develop routes through which green hydrogen can be imported into our home markets in addition to the domestic production of green hydrogen. To this end, the hydrogen economy of the future must be shaped by alliances along the entire value chain. We have underlined our will to cooperate across borders today by joining the Hydrogen Alliance Bavaria.”

The Hydrogen Alliance Bavaria is coordinated by H2.B and currently comprises more than 240 partners from industry, research, politics, and associations. The alliance is open to all players from business, science and politics with a base in Bavaria.

About the Center Hydrogen.Bavaria (H2.B)
To consolidate and expand the strong position of Bavarian industry and science in the important future field of hydrogen, the Free State of Bavaria founded the Center Hydrogen.Bavaria (H2.B) in Nuremberg in September 2019. The center acts at an interface between industry, science, politics and the public in a national and international context. Among other things, the center’s numerous activities contribute to stronger networking among Bavarian hydrogen stakeholders (in the Hydrogen Alliance Bavaria), as well as with other national and international players. In 2020, the H2.B and its partners in the Hydrogen Alliance of Bavaria developed a Position Paper on the Bavarian hydrogen economy as a first step towards the Bavarian Hydrogen Strategy. Currently, H2.B is developing a hydrogen roadmap for Bavaria. Additionally, the H2.B coordinates the activities and maintains the network in the Hydrogen Alliance Bavaria. 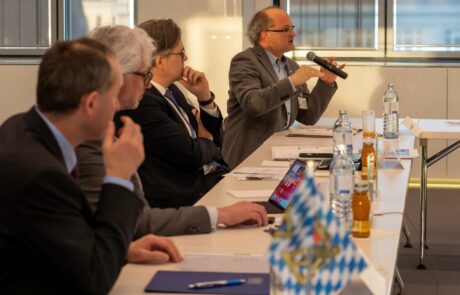 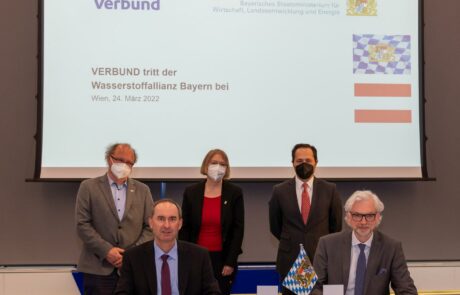 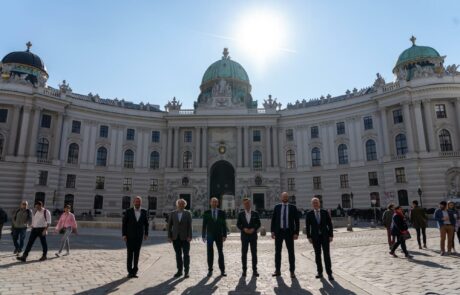