In order to consolidate and expand the strong position of the Bavarian industry and science in the important future field of hydrogen, the State of Bavaria founded the Hydrogen Center Bavaria (H2.B) in Nuremberg in September 2019. In doing so, Bavaria is pursuing the goal of bringing together key players in the industry, science and politics to advance the topic of the “hydrogen economy” and – in particular – the use of hydrogen in the sector of mobility in Bavaria as quickly as possible and to bring hydrogen into widespread practical use. The Center was initiated by the Bavarian State Ministry of Economic Affairs, Regional Development and Energy. 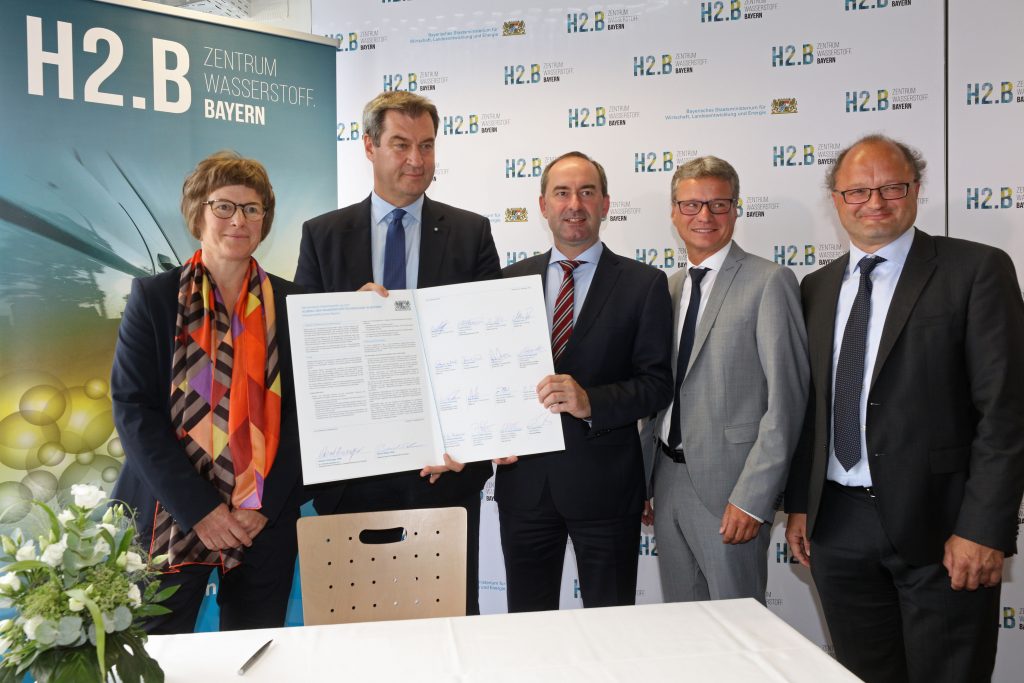 The Hydrogen Center Bavaria (H2.B) is the strategy and coordination center for hydrogen in Bavaria, initiated and financed by the Free State of Bavaria. The Center acts at the interface between industry, science and politics in a national and international context. The numerous activities of the Center are intended, among information and cosulting, to strengthen the networking of Bavarian hydrogen stakeholders with each other (in the Hydrogen Alliance Bavaria), as well as with other national and international players. In addition, the H2.B coordinates the Hydrogen Alliance Bavaria.

Activities of the Center

Development of a hydrogen strategy for Bavaria in cooperation with the central players from politics, industry and science with the aim of achieving the use of hydrogen in broad practical application

Monitoring of other national and international strategies

Development of a Hydrogen Roadmap for Bavaria

Technological Matchmaking with the aim of bringing together actors and their expertise, to leverage synergy effects

Networking activities to accelerate the development of national and international cooperation

Cooperation with other regional, national and international initiatives and players

Coordination of activities within the Alliance:

Stakeholder dialogue for the strategy and roadmap development

Workshops, seminars (to connect and inform)