The Hydrogen Alliance Bavaria is coordinated by H2.B and has grown enormously since its foundation. With over 300 partners from industry, science and politics, the Hydrogen Alliance is now the largest state-initiated hydrogen stakeholder network in Germany.

Dürr: “Hydrogen is an essential building block of the energy transition. The steadily growing and very broadly-based Hydrogen Alliance of Bavaria also demonstrates Bavaria’s strength in the important future field of hydrogen. We are pleased to welcome Airport Energie Management GmbH as the 300th Alliance partner. Hydrogen will play an important role in the aviation sector not only as a fuel in liquid form or in the form of e-kerosene. There will also be a wide range of applications on the taxiway and in an airport’s energy supply – for example in ground power generators and apron vehicles, but also for local storage of renewably generated energy for building supply.”

Aiwanger: “The inclusion of what is already the 300th Alliance partner impressively demonstrates the importance of the hydrogen economy and the overwhelming interest shown by Bavarian companies. With the Hydrogen Center Bavaria (H2.B), which was launched in 2019, and the Hydrogen Alliance affiliated to it, we have already set the course for the future at an early stage. I am very pleased to welcome Airport Energie Management GmbH from Memmingen on board.”

Ralf Schmid, Managing Director of Flughafen Memmingen GmbH and Allgäu Airport GmbH & Co. KG: “As an airport, we want to and must contribute to the development of climate-neutral and emission-free aviation. Therefore, joining the Hydrogen Alliance is a logical step for us on the long road to decarbonizing our industry. We are very pleased to now be on board this network with Airport Energie Management GmbH and are looking forward to the professional exchange so that we can drive forward the expansion of the hydrogen infrastructure at Memmingen Airport.”

Peter Waizenegger, Director of Airport Energie Management GmbH and Director of e-con AG: “For us, green hydrogen is an important energy carrier in the application for reducing greenhouse gas emissions in commercial transport but also in aviation. This can be produced and stored decentrally on site based on renewable energies. To this end, we look forward to solutions and a transfer of know-how within the Alliance.”

About the Hydrogen Alliance Bavaria

The Hydrogen Alliance Bavaria is a joint platform for networking, knowledge and interests of hydrogen stakeholders from industry, science and politics with a subsidiary or office located in Bavaria. The Alliance serves as a focal point for hydrogen stakeholders and contributes to strengthening the Bavarian hydrogen economy and research landscape through networking, exchange of experience and information. The Alliance is coordinated by the Hydrogen Center Bavaria (H2.B) in Nuremberg. The Alliance partnership is free of charge.

The Hydrogen Alliance Bavaria has grown enormously since its foundation. In total, more than 300 companies, research institutes and associations based in Bavaria have already joined.

About the Hydrogen Center Bavaria (H2.B)

To consolidate and expand the strong position of Bavarian industry and science in the important future field of hydrogen, the Free State of Bavaria founded the Hydrogen Center Bavaria (H2.B) in Nuremberg in September 2019. With this, Bavaria is pursuing the goal of bringing hydrogen stakeholders together to strengthen the hydrogen economy and achieve the use of hydrogen in broad practical applications. In doing so, H2.B acts at the interface between business, science, politics and the public in a national and international context.

In 2020, H2.B and its partners in the Hydrogen Alliance Bavaria developed a position paper on the Bavarian hydrogen economy as a first step towards the Bavarian Hydrogen Strategy, which was published in May 2020. The Hydrogen Roadmap Bavaria, presented in April 2022, depicts a current as well as future picture of Bavaria as a business and science location regarding hydrogen. Furthermore, an estimation of possible hydrogen consumption in Bavaria is made and, derived from this, important milestones for the rollout of hydrogen technologies will be outlined. 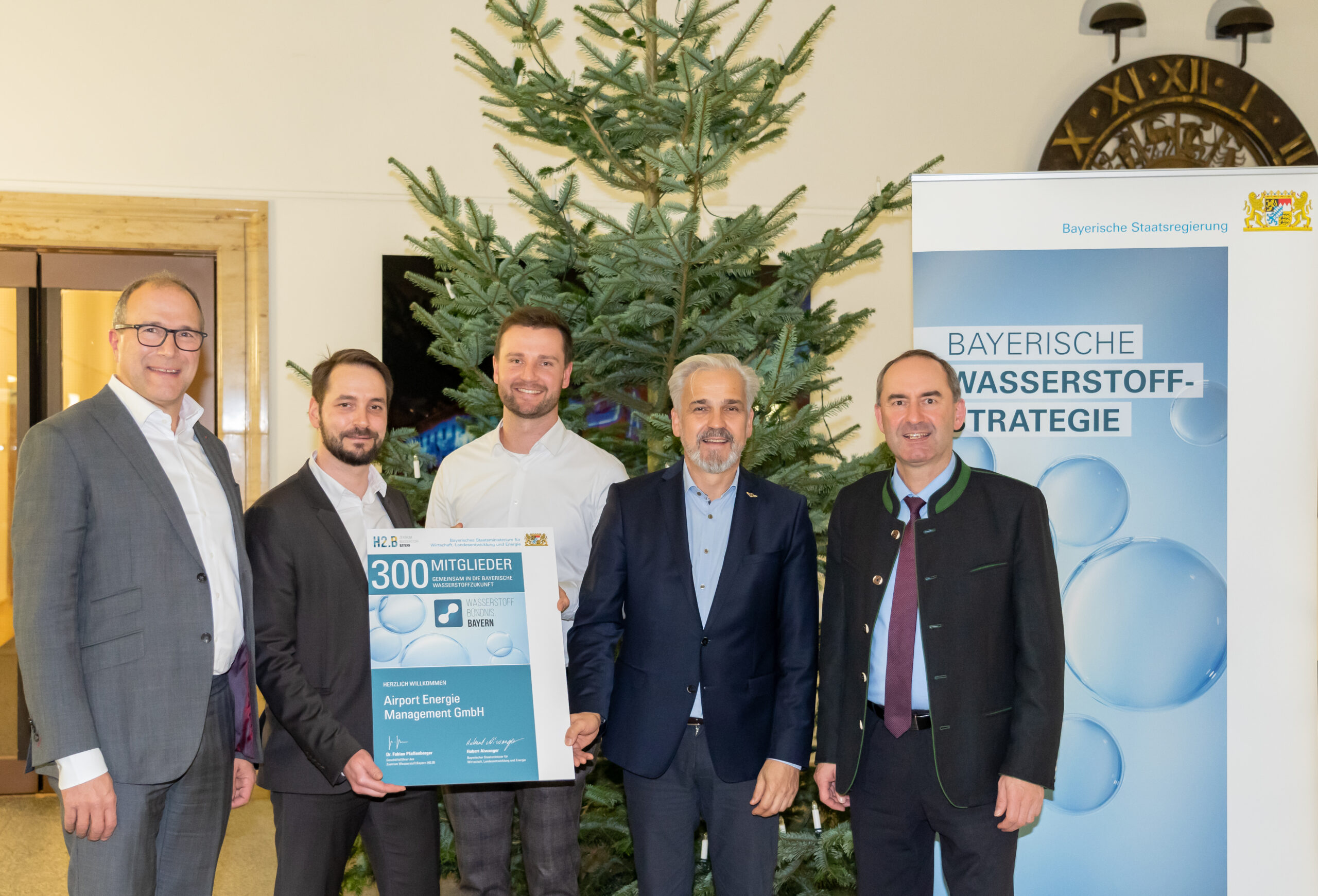