Webinar “Green Hydrogen: Make it – Move it – Use it. Building an early hydrogen market in Scotland & Bavaria”

This joint event by the Hydrogen Center Bavaria and the Scottish Hydrogen and Fuel Cell Association offers insights in the Scottish and Bavarian perspective on developing an early market for clean hydrogen in both regions. As an example, we will evaluate the current hydrogen related activities in and around the Port of Cromarty Firth, Scotland, including the Bavarian contributions to these projects.

These early markets are the groundwork for scaling up future green hydrogen projects and thus for enabling global or paneuropean hydrogen trade. Consequently, we will discuss options to share and jointly develop the skills for ramping up green hydrogen projects.
The long term perspective of the joint Scottish-Bavarian activities should be the connection of the huge potential for renewables in Scotland with the industry driven, high energy demand in Bavaria via hydrogen. However, there are plenty of opportunities for Bavarian and Scottish players to collaborate already. This event will point out how Bavarian and Scottish players can be brought together and how the newly installed contact person for these concerns, David Scrimgeour, will support project initiatives.

While a joint declaration on closer economic collaboration between Scotland and Bavaria exists since 2017, an even closer cooperation is intened in terms of green hydrogen. Scotland offers huge potentials in renewable energies, especially offshore wind, and clearly has the intention to export the produced green energy. Ongoing green hydrogen projects in Scotland show the pioneering role of both Scottish clean energy development and Bavarian clean energy technologies. 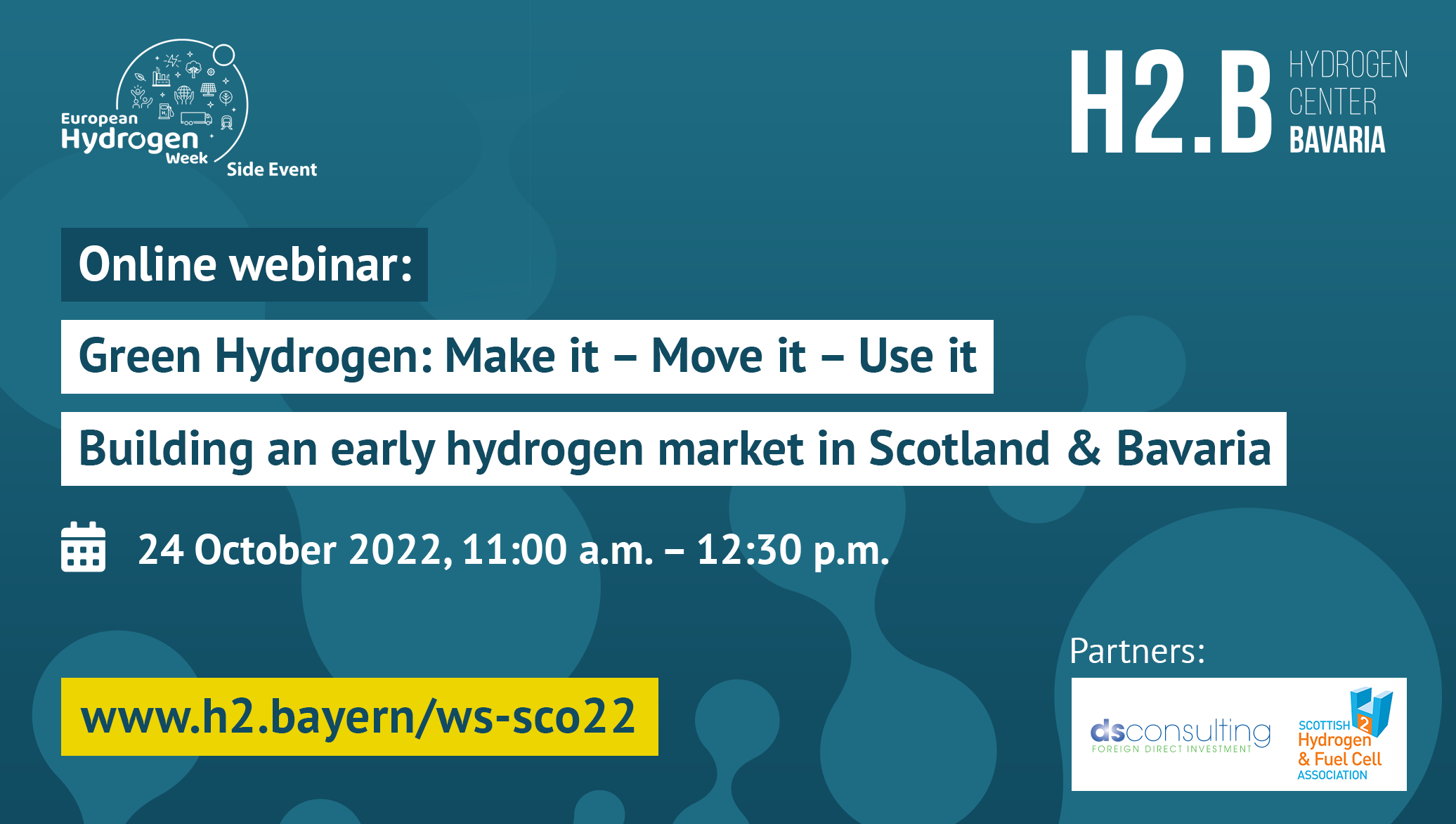