Successful second edition of the HYDROGEN DIALOGUE with the “Thinkers and Doers from Politics, Industry and Science”

Globally, hydrogen technology is on the threshold of industrialization. What that means, which decisions need to be made now and what opportunities hydrogen offers for the economy, energy system and climate were impressively reflected at the 2nd HYDROGEN DIALOGUE on June 22 and 23. Federal Minister of Education and Research Anja Karliczek sees “climate protection technologies as the foundation for future prosperity” and calls the hydrogen market the “opportunity of the century”. 65 top-class speakers spoke at the virtual congress, among them Federal Minister of Transport and Digital Infrastructure Andreas Scheuer, Katherina Reiche (Chairwoman of the National Hydrogen Council), Sven Ennerst (Member of the Board of Daimler Truck AG), the economist Prof. Veronika Grimm, Tony Christian Tiller (State Secretary at the Norwegian Ministry of Oil and Energy), Jonatan Julien (Minister of Energy and Natural Resources of the Canadian province of Quebec) as well as the ambassadors from Australia and Canada, Philip Green and Stéphane Dion. Bavaria’s Minister of Economic Affairs, Hubert Aiwanger, was once again the patron, while the Hydrogen Center Bavaria (H2.B) was again responsible for the program as conceptual partner . More than 800 national and international participants from industry, politics and science exchanged ideas at the HYDROGEN DIALOGUE.

With Federal Minister of Education and Research Anja Karliczek and Federal Minister of Transport and Digital Infrastructure Andreas Scheuer, two federal ministers spoke at the 2nd HYDROGEN DIALOGUE – proof of the immense importance of the hydrogen economy for Germany as a business location. Research Minister Anja Karliczek emphasized: “If we build good production and transport facilities for green hydrogen, we can export them everywhere. This is a gigantic market of the future, and this is precisely where the opportunity of the century lies for climate protection investments ‘Made in Germany’.”

For Federal Minister of Transport and Digital Infrastructure Andreas Scheuer, hydrogen also plays a “major role when it comes to achieving our climate targets.” He sees great potential in heavy vehicles that are reaching the limitations of battery-electric propulsion systems, such as buses, trains, trucks and other commercial vehicles. But demand will also develop in the passenger car sector, he said. Sven Ennerst, member of the board of Daimler Truck, agreed in a top-class panel discussion: the battery-electric powertrain makes more economic sense for day trips of up to 600 kilometers, for longer trips hydrogen will be indispensable in the future.

H2.B Executive Director Prof. Dr. Veronika Grimm commented on the HYDROGEN DIALOGUE: “Over the past two days, we have discussed the opportunities that ambitious climate protection will bring for the hydrogen economy with thinkers and doers from the worlds of politics, business and science. The task in the coming years is to implement the numerous political and economic initiatives and link them smartly to enable a rapid ramp-up of the hydrogen economy.”

In this regard, the hydrogen summit resonated a spirit of optimism, but also a certain impatience about the need to now move quickly toward the implementation and upscaling of hydrogen technologies. For some experts, the path to green hydrogen leads first via blue and turquoise hydrogen. Among others, Gunda Röstel, managing director of Stadtentwässerung Dresden, and H2.B board member Prof. Dr. Peter Wasserscheid agreed on this. Wasserscheid pleaded for the rapid development of hydrogen technologies and, analogously to battery technologies, for making the sources progressively greener down the line: “The path to green hydrogen is colorful,” although the ultimate goal must be green hydrogen.

Stéphane Dion, Canadian Ambassador and former Foreign Minister of Canada, emphasized the ethical aspect of global raw material and technology partnerships: “There are opportunities to source future raw materials and technologies, which will by then no longer be fossil fuels, from countries that respect human rights”. The enormous global market potential was also demonstrated by Daryl Wilson, Executive Director Hydrogen Council, representing roughly 115 global companies: “We have rapid growth in international projects worth more than a billion dollars – every month.”

Overall, the 2nd HYDROGEN DIALOGUE offered a cross-section of relevant topics in the global hydrogen economy in the form of numerous presentations, panel discussions, roundtables and jump-in sessions.

The organizer of the HYDROGEN DIALOGUE is the NürnbergMesse Group, the conceptual partner  is the Hydrogen Center Bavaria (H2.B), and the patron is the Bavarian State Minister of Economic Affairs, Regional Development and Energy.

About the Hydrogen Center Bavaria (H2.B):

The Hydrogen Center Bavaria (H2.B) is a strategy and coordination center for hydrogen-related topics and activities in Bavaria initiated and supported by the Free State of Bavaria. The center acts at the interface between industry, science, politics and the public in a national and increasingly also in an international context. In addition, H2.B coordinates the Hydrogen Alliance Bavaria, which now unites more than 180 players from business, science and politics.

About the NürnbergMesse Group:

The NürnbergMesse Group is one of the 15 largest exhibition companies in the world. It is composed of NürnbergMesse GmbH and its 15 subsidiaries and affiliates. More than 1,000 employees work for the company at eleven locations in Germany, Brazil, China, India, Italy, Greece, Austria and the USA. In addition, the NürnbergMesse Group has a network of foreign representatives active in over 100 countries. The portfolio includes around 120 national and international trade fairs and congresses in analog, hybrid or digital form. Every year, up to 35,000 exhibitors (internationality 44 %) and up to 1.5 million visitors (internationality of trade visitors at 26 %) take part in NürnbergMesse’s own, partner and guest events. 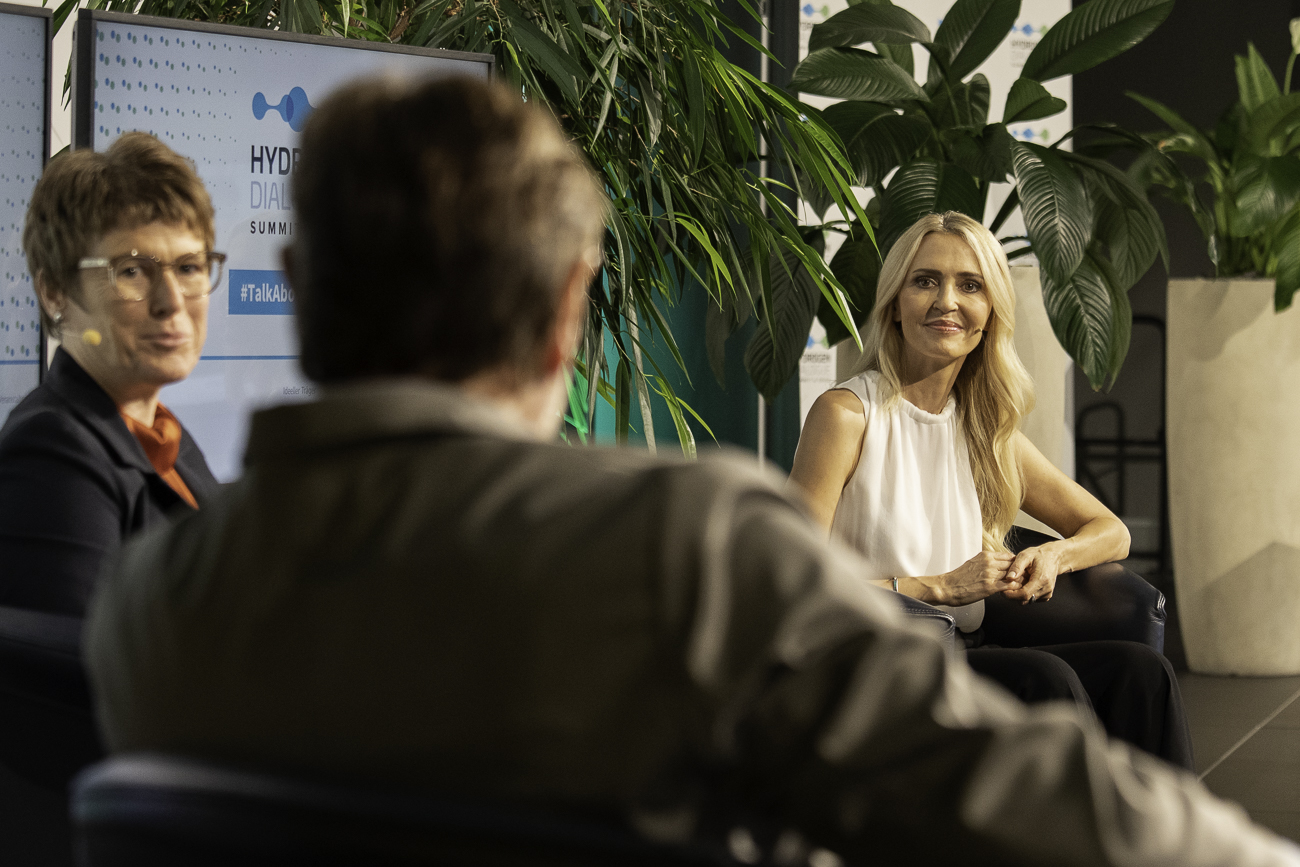 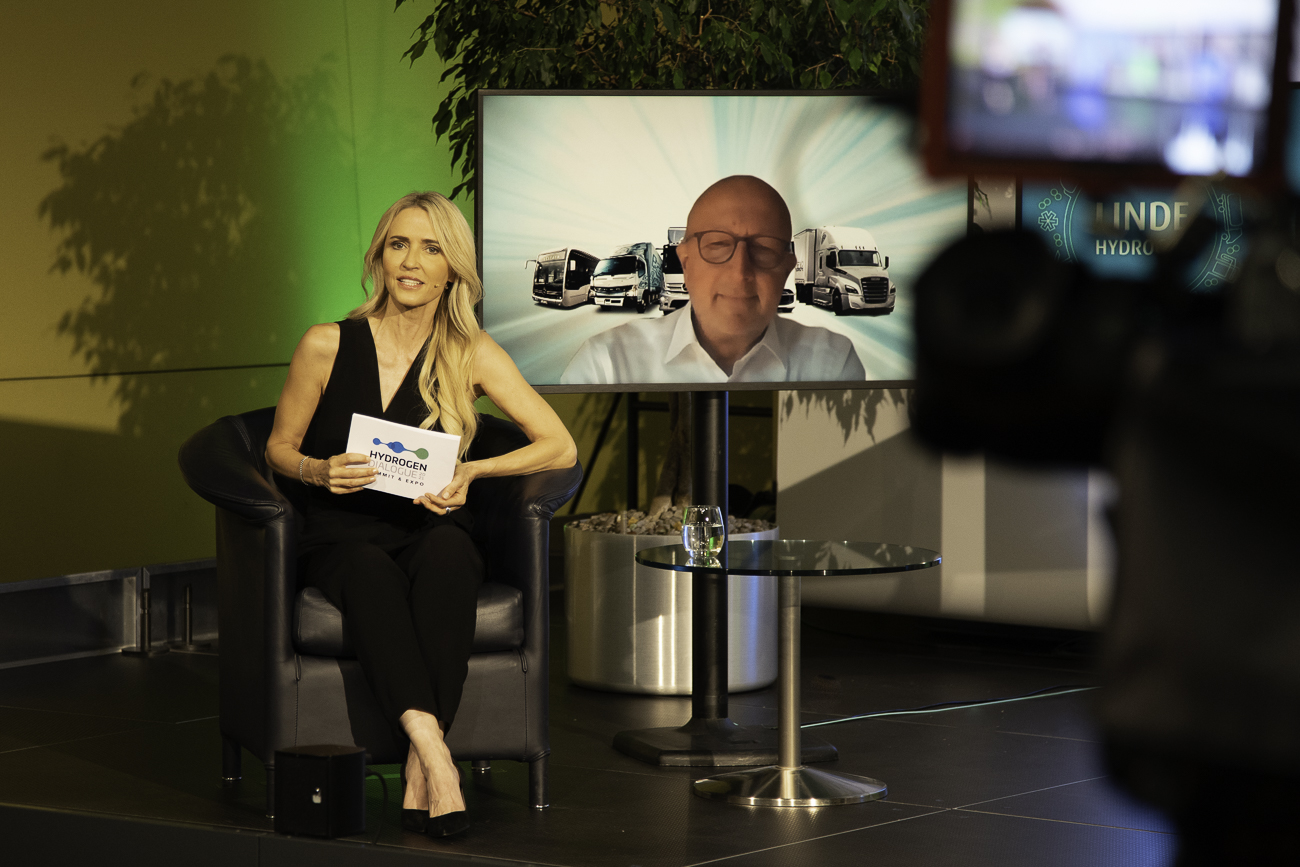 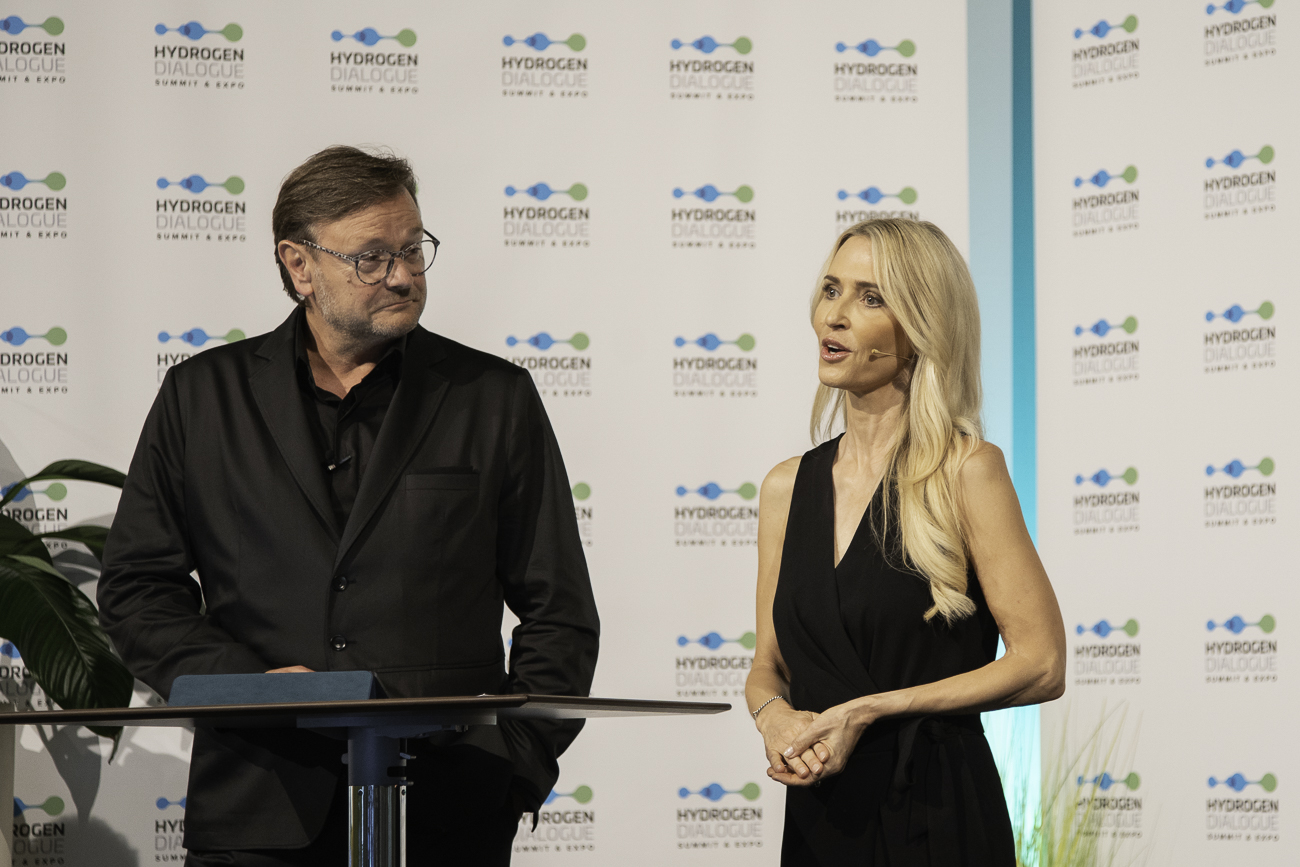 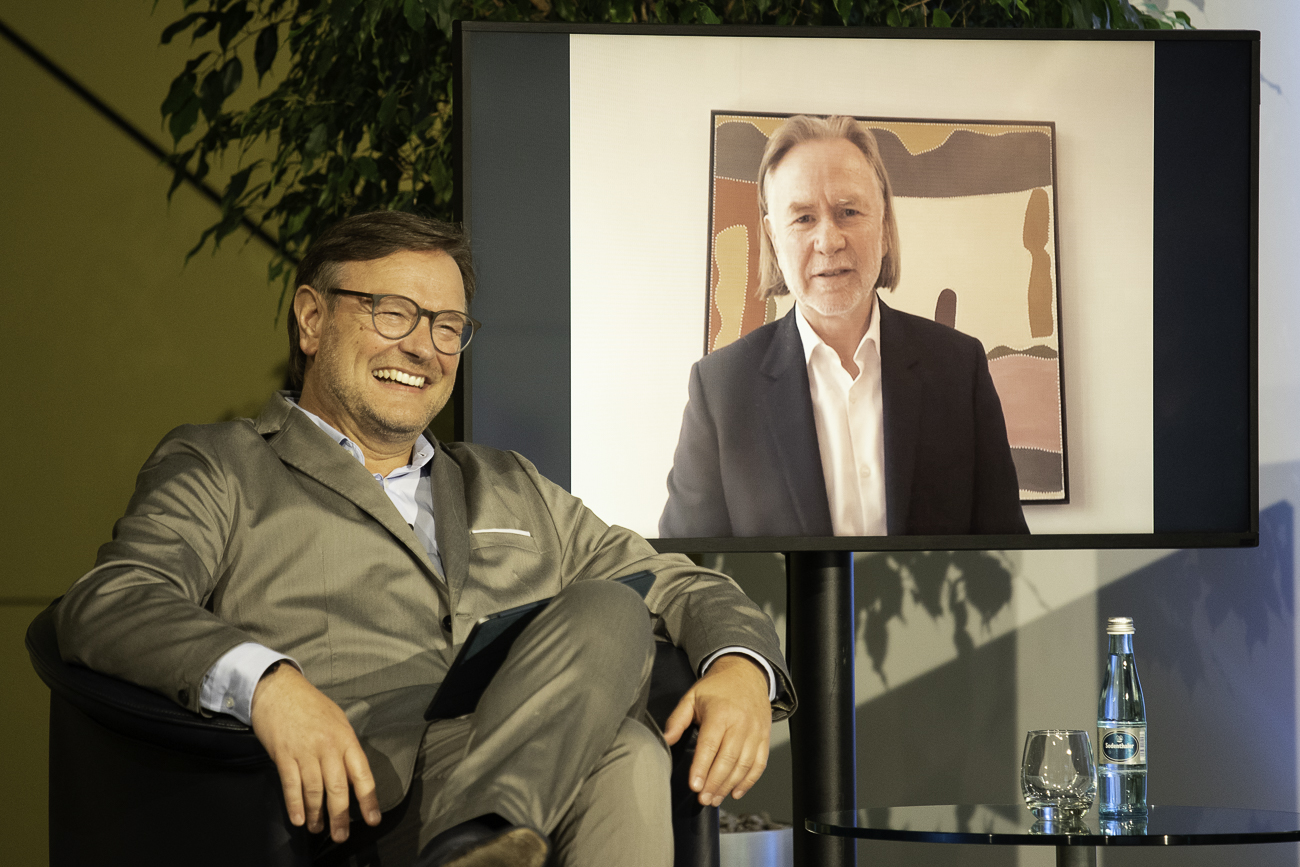 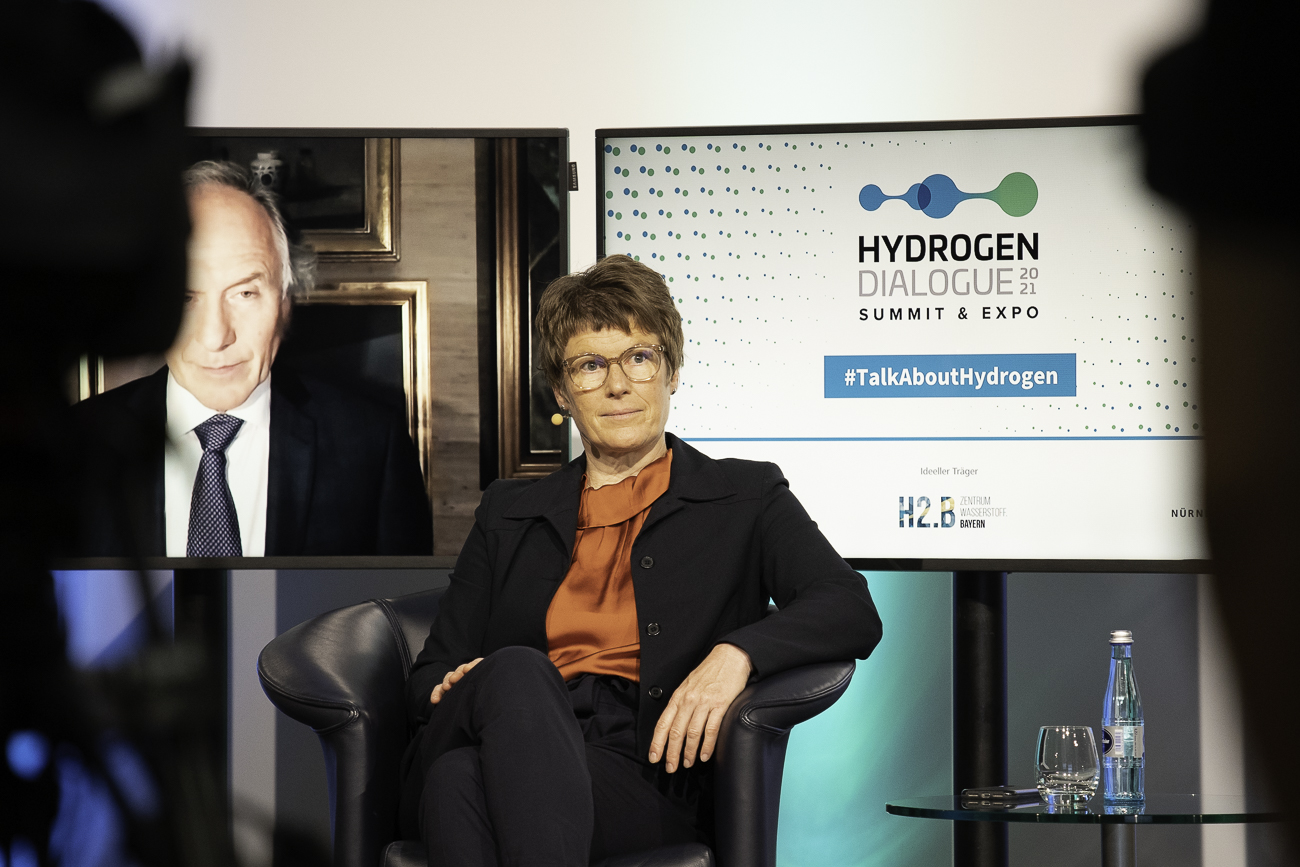 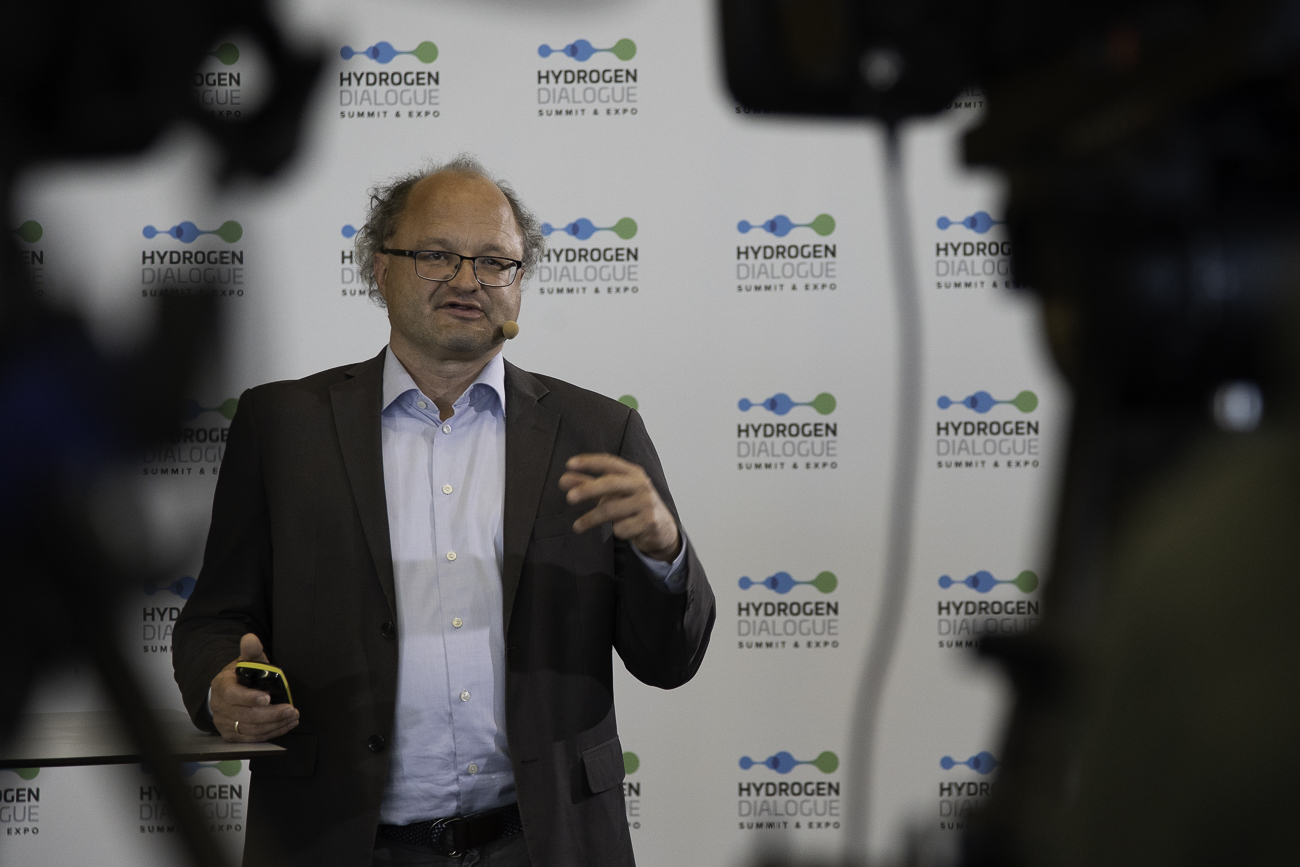